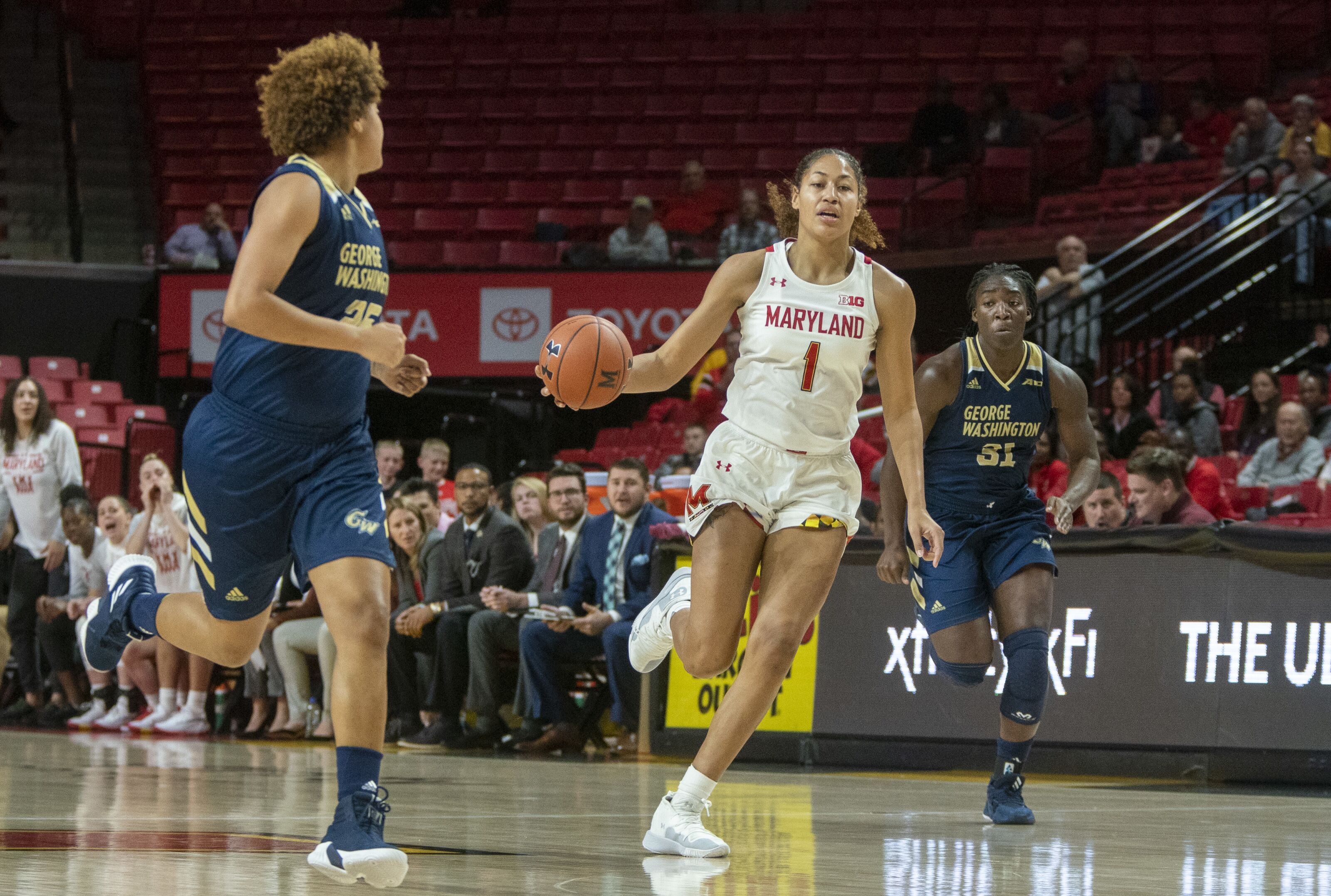 By the numbers: Big Ten’s performance through week six

Now that week six is wrapped up, let’s take a look at the current conference landscape Six weeks into the season is early enough in the year where teams ...

Maryland is lapping most of the Big Ten on both sides of the ball. They’ve done it through a flurry of strong guard play surrounding 6-foot-5 sophomore Shakira Austin, who is averaging nearly 14.0 points per game 6.6 rebounds on stellar efficiency. Including Austin, the Terrapins have four players averaging 10 or more points, with Stephanie Jones just missing the cut at 9.9 points
Click to expand...

Michigan State is making more threes than most of the country, and they’re doing it despite ranking 122nd in 3-point percentage, per Her Hoop Stats. The run-and-gun Spartans have now increased their 3-point rate for the third consecutive season and have taken 27 or more threes in a game four times already.
Click to expand...

Georgia State mustered up another dozen points in each of quarters 3 and 4. Final score 114-41.

Maryland went 9 deep into its roster with all players 25 min or less, except Austin (29). At least it wasn’t as bad as that UConn massacre game (last season? against whom, I forget) in which a lot of folks criticized Geno for keeping his starters in way too long (and the whole UConn team and coaches being a bit too gleeful about the carnage).

The Maryland bench was unloaded way before halftime. Mikesell and Watson scored 23 points each (about a point per minute). 6 Terps in double figures. 3 Terps with double-digit rebounds (all of whom had double-doubles, actually). Maryland out-rebounded them 48-23 (or 47-24 - team and individual stats differ). I presume Georgia State missed a lot of shots, thus lots of rebounds to be had.

Georgia State’s RPI is 323, so Maryland probably took an RPI hit for playing them that is not sufficiently offset by beating them (by 73 points).
Last edited: Dec 19, 2019
I

Illinois (9-2) defeated Missouri (3-10) in Columbia 58-51. The game featured some extended droughts for each team. Petra Holesinska, after missing last season, led the Illini with 22 points. Freshman Kennedi Myles racked up another double double with 10 points and 13 rebounds. I think Illinois went with two posts the whole game (combinations of Myles, Andrews and Blazek).
S

Missouri is really bad this year.
I 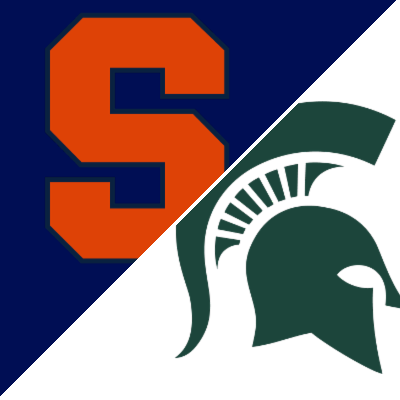 Get a recap of the Syracuse Orange vs. Michigan State Spartans basketball game.

Cooper made three 3-pointers during a three-minute span in the first quarter to help Syracuse jump out to a 27-8 lead. She had 11 points in the quarter as Syracuse led 27-13. Michigan State closed the first half on an 8-2 run with 3-pointers by Nia Clouden and Tory Ozment to get within 38-30. Engstler had nine points, 10 rebounds and three assists in the first half
Click to expand...

Shay Colley didn’t appear to play. I wonder what’s up with her?
I

No. 19 MSU Edged in Defensive Battle with No. 22 WVU - Michigan State University Athletics

Sophomore guard Nia Clouden scored in double figures for the ninth-straight game, but the No. 19 Michigan State women's basketball team was edged by No. 22 West Virginia, 63-57, at the Florida Sunshine Classic on Saturday. After averaging 18.0 points and 7.5 rebounds per game in the two...

MSU falls to 7-4 with the loss, losing two-straight for the first time this season. West Virginia improves to 8-1 with the win.

The Spartans were led once again by Clouden, who scored 16 points and topped her career-high with eight boards. She had seven rebounds against Syracuse on Dec. 20. Senior guard Shay Colley returned to the starting lineup after missing two games to score 11 points, three rebounds and two steals.

Senior guard Taryn McCutcheon, who was limited in minutes, scored five points. She is now six points away from becoming the 28th Spartan to score 1,000 points.
Click to expand...

A couple of ranked BIG teams lost today in their final games before conference play begins. #24 Michigan loses to #8 Florida State; # 12 Indiana loses to #10 UCLA. Michigan to fall out of top 25 with that loss?
You must log in or register to reply here.
Share:
Facebook Twitter Reddit Pinterest Tumblr WhatsApp Email Link
Top Bottom